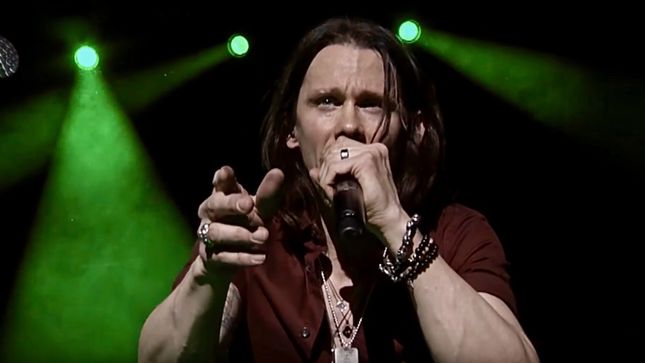 On December 5, 2016, Alter Bridge performed at Palladium in Cologne, Germany. WDR Rockpalast has released footage of the show, which can be seen below.

On October 18, Alter Bridge will release their new album, Walk The Sky, via Napalm Records. The song “Pay No Mind” is now available on all digital service providers around the globe and a static video for the track can be seen below.

The song offers a deeper insight into the expanded sound that Myles Kennedy on vocals/guitars, Mark Tremonti on guitars/vocals, Brian Marshall on bass and Scott Phillips on drums have adopted on their upcoming release.

From the opening vocal melody on “One Life” to the moving finale of “Dying Light,” Alter Bridge have created a formidable addition to their music catalogue. Songs like “Godspeed,” “Native Son”, and “Walking On The Sky” are sure to be early additions to the live set. “Forever Falling” also marks a lead vocal return from Tremonti with Kennedy taking the chorus as done previously on the Fortress favourite, “Waters Rising.”

Alter Bridge and Skillet have announced that they will embark on a co-headline tour this fall. The Victorious Sky Tour kicks off on September 22 in Baltimore and runs through October 25 in Orlando. Dirty Honey will also appear. All confirmed dates are below.