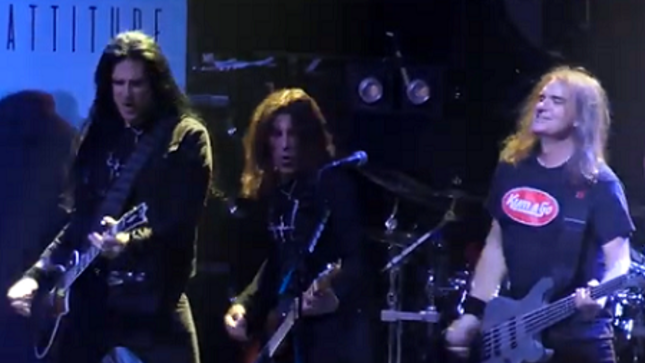 Slash's bassist Todd Kerns (The Age Of Electric, Static In Stereo) joined A&A on stage for a rousing rendition of the KISS classic, "Detroit Rock City". Kerns commented, “What a blast getting to jam KISS with Altitudes & Attitude before the SMKC set. Frank Bello from Anthrax and Dave Ellefson from Megadeth. Just rockin’ Detroit with some legends!” Fan-filmed video can be enjoyed below:

"Thank you so much to Slash ft. Myles Kennedy & The Conspirators for taking Altitudes & Attitude on an amazing tour of Europe! Thank you for your friendship...we had a blast!!"

And, while in Stockholm, Ellefson sat down with Metal Casino host Marielle Tengström for the following video interview.