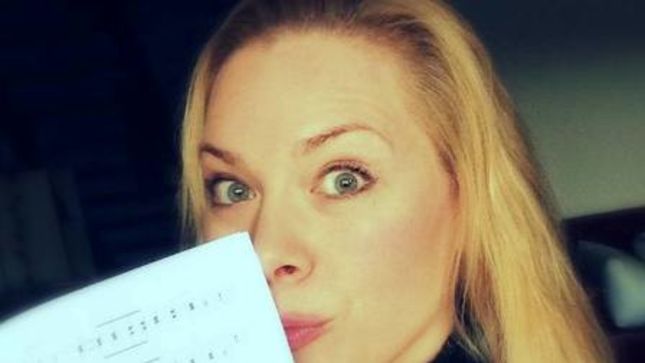 The fans of the ESC have the chance to nominate one of the most internationally successful German musicians on February 25th for the Eurovision Song Contest 2016 in Stockholm (German National TV ARD, 8.15pm CET, live from Cologne). With Avantasia, the most exciting rock opera phenomenon of our times, characteristic mastermind Tobias Sammet creates fantastic parallel worlds with every new release. Avantasia will compete with their current single "Mystery Of A Blood Red Rose".

Vocalist Amanda Somerville (Trillium) has checked in with an update:

"And... full speed ahead! As you might've heard, Avantasia will be part of the Eurovision Song Contest for Germany and I'll be contributing voice and fingers (on piano). Yee haw! Wanna be a part? You can vote and let Europe know how much a little German-based, multi-culti metal group rocks! That's the nice-American-girl way to say "kicks ass."

For information on the Eurovision Song Contest (in German) go to this location.

After he got the invitation to take part, Tobias Sammet thought about it for a while: "It seemed like a quite unusual idea to compete with anyone in art, to play music against someone. It's still weird anyhow, to play music against each other like in the Olympic Games. Anyway, who am I to get in the way of a great promotional opportunity?! Three minutes to show millions that we exist?"