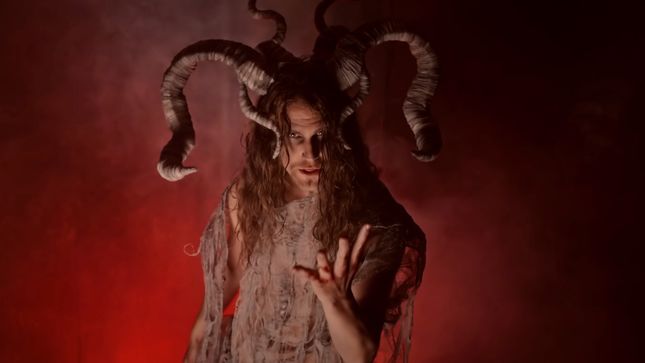 All dreams are shattered, all hopes are lost - but out of the fuming ashes of the apocalypse, there's a new star rising high into the blackened sky: Today, Amaranthe release "Archangel", the third single from their upcoming album Manifest, out October 2 via Nuclear Blast.

A merciless but on-point modern metal extravaganza filled with brutal riffs, a tempting chorus, and hellish vibes. Long story short, It's an infernal pleasure that makes you want to trade your soul for the fallen angel. Check out the video below.

Amaranthe commented: "Fire and brimstone! Savor the sweet scent of sulfur as Amaranthe delves deep into Miltonian lore with 'Archangel'! An ancient tale of the fall of the angel Lucifer Morningstar was interpreted as a Greek tragedy in John Milton's seminal 'Paradise Lost', and it is from this perspective we tell a brief yet momentous story of greed, betrayal, and overblown pride - an all too familiar and contemporary theme. Amaranthe's first collaboration with Poland's visual grandmasters Grupa13 took us from abandoned and ghastly factory halls in Wrocław to the derelict ruins of Świny Castle among the Polish mountains. Light up your incense, fill your goblet, and delight in a darker shade of Amaranthe!"