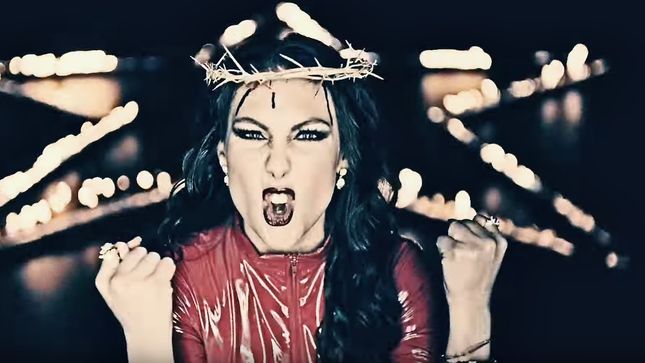 After transporting us into a new dimension and lifting us up into a higher level of modern metal, Amaranthe is ready to drag us deep down to hell: Forged in the burning fire of passion and heavy riffs, together with one of Finland's most powerful voices, Noora Louhimo (Battle Beast), Amaranthe is going "Strong" today and release the second single off their upcoming album Manifest, out on October 2. Check out the video below.

Amaranthe commented: "Devil and saint, martyr and sinner, betrayal and loyalty - 'Strong' essentially underlines the dualistic nature of what it means to be human. In an increasingly polarised world, we found it incredibly exciting to reach across the metal world, and find collaboration and unity with the phenomenal Noora Louhimo. Even if the world around you is on fire, and if you find yourself at a disadvantage, remember that there is always one part of you that will remain - 'Strong'."

To celebrate that anthem, Amaranthe announces a special Instagram live stream with Elize and Noora - all under the flag of "This Or That". Water Or Wine? Chocolate Or Chips? Tune in on Elize's or Noora's official Instagram profile this Sunday, August 16th, 11 AM, Pacific / 2 PM, Eastern and find out about these metal queens revealing their secrets.