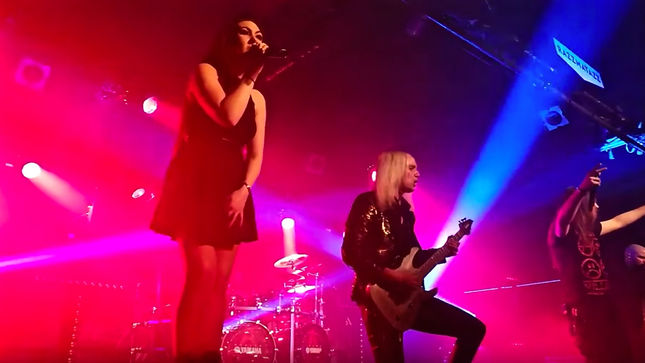 Amaranthe is currently on a European tour in support of their new album, Maximalism, with Smash Into Pieces vocalist Chris Adams stepping in during Jake E.’s absence. Footage of the band performing “Dynamite” last night (November 9th) in Barcelona, Spain at Razzmatazz can be seen below:

Amaranthe vocalist Jake E. recently checked in to announce that he's taking a break from the band. Following is his message to the fans:

Amaranthe kicked off their European tour on October 25th in Hamburg, Germany and fan-filmed video from the show is available below. The tour finishes on November 20th in Vienna, Austria. Sonic Syndicate and Smash Into Pieces guest on all shows. US and UK tour dates will be revealed shortly.