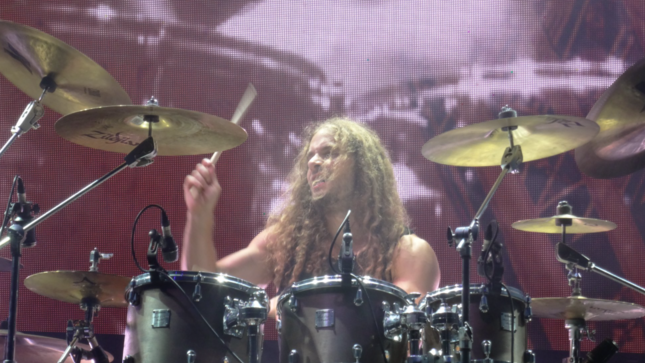 Swedish metallers Amaranthe have checked in with the following:

"Check out this excellent audio interview with Morten Løwe Sørensen by Sick Drummer Magazine. Morten is talking about his first drum kit, influences, tour life, and, of course, a lot about Amaranthe! Enjoy!"

Sørensen is a drummer from Denmark and has played with a wide variety of bands in the metal scene and beyond. He has toured / played / recorded with bands like Scarve, Soilwork, Hatesphere, Nightrage, The Cleansing, Rex Satanachia, Icon In Me, Transparent, Instant Carnage, and The Arcane Order. Morten has been a member of Amaranthe since 2008.