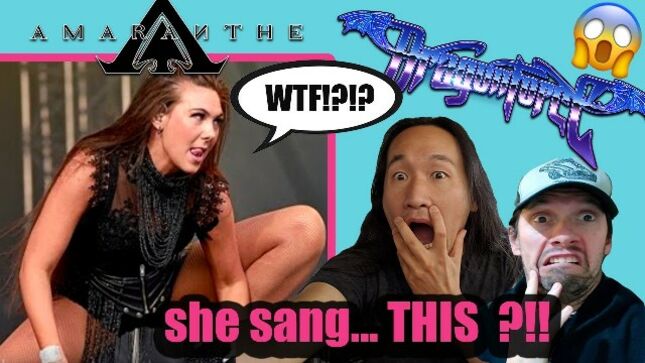 DragonForce guitarists Herman Li and Sam Totman recently took a shot at writing an Amaranthe song during one of Li's recent Twitch livestreams. The end result is a song called "Cyber Sausage World". The guys took things one step further and invited Amaranthe vocalist Elize Ryd to sing on the track, which she did. Check out the stream below.