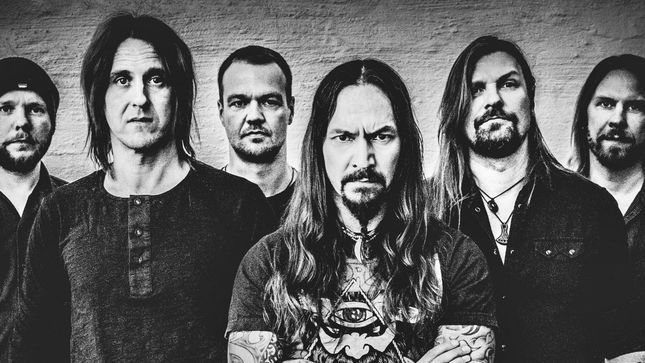 Amorphis have kicked off the pre-order for their shape vinyl single "Brother And Sister", which will be released on December 18 via Nuclear Blast. The single is limited to 666 copies.

Keyboarder Santeri Kallio comments: "Two great songs from Queen Of Time sessions in vinyl which is great. Atmospherical 'Brother And Sister' and majestic prog-driven 'As Mountains Crumble' were also good candidates for the Queen Of Time album final tracklist, but in the final run ended up as an album bonus tracks to give a special edge for different releases. With this release it is great to see these songs get more attention they deserve."

Next week, on October 23, Amorphis will also release two special vinyl versions of Queen Of Time: A Clear/Red/Gold-Splatter Vinyl and Gold/Black-Splatter, that will both be limited to 250 copies