ANAAL NATHRAKH Premier “We Will Fucking Kill You” Music Video 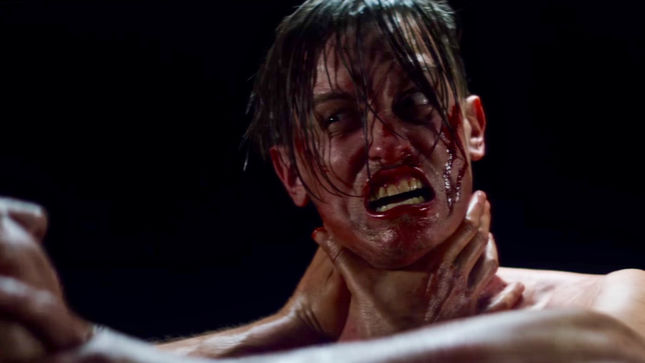 UK-based extreme metallers, Anaal Nathrakh, released their new album, The Whole Of The Law, via Metal Blade Records back in October. Today, the two-piece is launching the video for the album track, "We Will Fucking Kill You", which was directed and edited by the Widow Brothers, who interpreted the themes of the song and the cover artwork for the clip. Watch the new video below.

Anaal Nathrakh was created for one purpose - to be the soundtrack for Armageddon, the audial essence of evil, hatred and violence, the true spirit of necro taken to its musical extremes. Since 1999, they have gained a reputation for embodying precisely these things - and now, with their new record, The Whole Of Te Law, Anaal Nathrakh has reached the very height of their twisted powers. Order the album here.

“The Nameless Dread”
“Depravity Favours The Bold”
“Hold Your Children Close And Pray For Oblivion”
“We Will Fucking Kill You”
“..So We Can Die Happy”
“In Flagrante Delicto”
“And You Will Beg For Our Secrets”
“Extravaganza!”
“On Being A Slave”
“The Great Spectator”
“Of Horror, And The Black Shawls”
“Powerslave” (Bonus Track)
“Man At C&A” (Bonus Track)

“We Will Fucking Kill You” video: