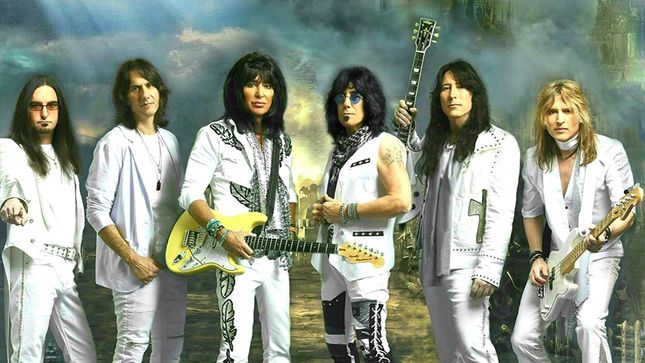 Legendary rock band, Angel, are releasing their new album, Risen, on October 4 via Cleopatra Records. A new promo video for the album can be found below.

The album will have 17 solid tracks featuring 15 brand new songs written by original members Punky Meadows and Frank Dimino along with current member Danny Farrow and a remake of the classic track “Tower”. They describe the songs as very diverse ranging from heavy to very melodic with real strong hooks featuring many elements of the classic Angel sound. This album will appeal to all Angel fans of every era and previous albums.

“I am very proud of this album and Angel fans will LOVE it! It really kicks ass and is very diverse with songs that will satisfy every Angel fan and take you on a musical journey! The band played their asses off! Play it from top to bottom, you will not want to miss a beat.” - Punky Meadows

“This is an album that will take you on a journey to many different roads, all exciting. Enjoy it and play it loud!!!” - Frank Dimino

Angel will be doing two record release dates on October 3 at VAMP'd in Las Vegas and October 4 at The Whisky A Go Go in West Hollywood, CA, where they will be performing a full set. Get tickets and meet and greets here.