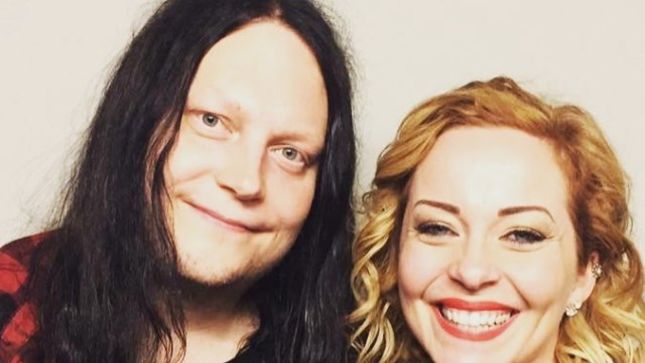 Ayreon mastermind Arjen Lucassen chose the best songs from the Ayreon albums and Star One to create an exclusive live Ayreon show: Ayreon Universe. The show was performed over three nights at the 013 venue in Tilburg by the very best original Ayreon vocalists and instrumentalists including Floor Jansen and Marco Hietala from Nightwish, Russell Allen (Symphony X), Damian Wilson (Threshold), Hansi Kürsch (Blind Guardian), Tommy Karevik (Kamelot), Jonas Renkse (Katatonia), Anneke van Giersbergen (VUUR), and many other original Ayreon singers on stage, as well as an appearance by Arjen Lucassen himself.

Anneke van Giersbergen has checked in with the following update:

"There is no more eloquent way of saying this: OMFG that was fantastic!! Thank you Arjen Anthony Lucassen and Joost van den Broek for putting this amazing show together. I loved every minute of it. We all did!! Might take a while before I return from the Ayreon Universe. In the mean time here is a picture of myself and Jonas P. Renkse, one of my partners in crime on this journey."

"Dreamtime"
"Abbey of Synn"
"River of Time"
"Prologue: The Blackboard"
"The Theory of Everything, Part 1"
"Merlin's Will"
"Waking Dreams"
"Dawn of a Million Souls"
"Valley of the Queens"
"Ride the Comet"
"Star of Sirrah"
"Comatose"
"Day Sixteen: Loser"
"And the Druids Turn to Stone"
"The Two Gates"
"Into the Black Hole"
"Actual Fantasy"
"Computer Eyes"
"Magnetism
"Age of Shadows"
"Intergalactic Space Crusaders (Star One cover)
"Collision"
"Everybody Dies"
"The Castle Hall"
- Arjen's Speech -
"Amazing Flight"
"Day Eleven: Love"
"The Eye of Ra" (Star One cover)