ANNIHILATOR Frontman JEFF WATERS - "In 2007, I Heard We Might Be 'Blacklisted' From Getting Signed Again In The USA..." 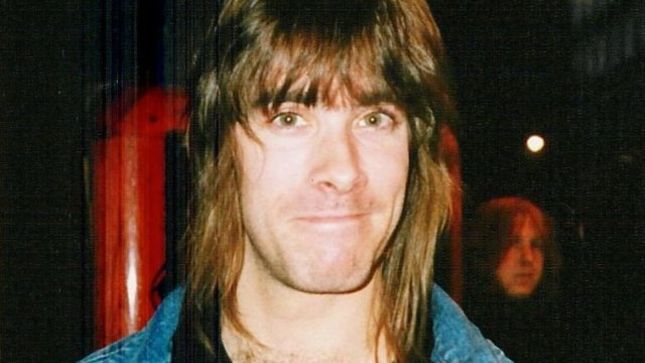 Annihilator frontman / founder Jeff Waters took a trip down memory lane via social media earlier this week. Check out the post below, which was accompanied by the photo above.

Waters: "Coming out of the Marquee, London in 1990 (on the Never, Neverland Europe 1990 Tour). What a killer bunch of early years for the band.... non-stop work, fun and work. 100% dedicated and it showed on those first two records.

Most of Europe, Japan and South America carried us on, non-stop, through until today, while the USA market dropped us. We didn't understand why we couldn't get a label to 'bring us back', even after offering the labels our records for 'cheap' and accompanied by lots of touring, even with tour offers from some of the Big Four bands.

Then, in 2007, I heard we might be 'blacklisted' from getting signed again in the USA. We were! I've known why since 2007 and it's really silly, but it's nothing to do with any of us in the band... someone we worked with. It then made perfect sense why EVERY SINGLE metal label person would say the same thing, without hearing our CDs: 'Thanks, Jeff, we love what you do and how well your career has gone in Europe, (etc...) but we have to pass; it's not for us.'

This was before they heard any of the new CDs / music, and were told that I was not looking for even any money for them! Keep in mind, Annihilator get very large amounts of money to make these same records everywhere else. Maybe I'll mention who that person is some day. A book some day, maybe? Haha!

Sad, but at least we got to tour lots there from 89 - 93. And VERY lucky that the rest of the world helped us by enjoying millions of our records, a few thousand shows and followed and promoted us along the way via merch, shows and general interest! I hope we can get back to the USA and rock some shows... it hasn't been up to us!"

Waters recently checked in with the following update:

"It’s been 30 years since the BEST Annihilator record was released (Never, Neverland) and 5 of the classic songs have spawned 5 killer shirts. Exclusive for you at the official AnnihilatorMetal.com website. Artwork done by the legendary Gyula Havancsák, so these are incredible to have and will go fast. 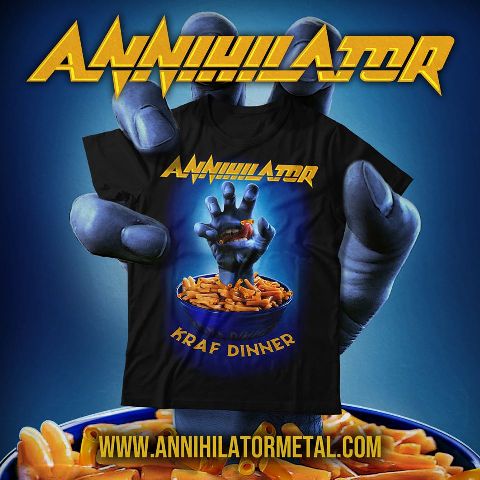 We have a lot of plans to celebrate with you, including possible reunion shows and more.

Each week, for the next few months, we are going to give you everything from guitar and bass breakdowns and playthroughs of Jeff’s playing on the record, as well as interviews about the writing, making of the CD and stories of that era for the band. We also are going to give you exclusive merchandise and items that you can only get at the official band website.

Thanks for making Never, Neverland the biggest selling and the BEST Annihilator record."