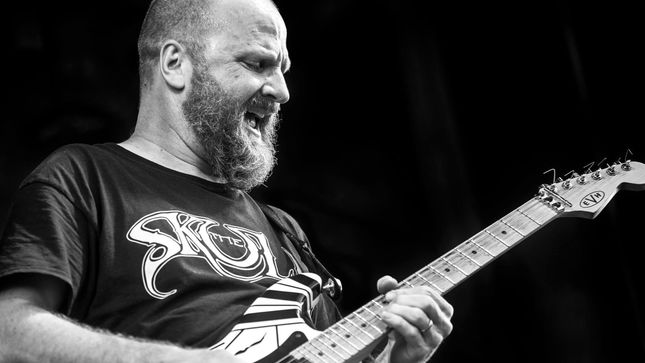 Stu Hamm, whose resume includes performing with Joe Satriani, Steve Vai and Caifanes, says, "I have known Jeff and his music for years, and Jeremy and I are going to KICK THE SHIT out of this music on the Ape Shifter tour!"

"It is instrumental music without sounding like nerd rock," says Jeremy Colson, who also currently drums for Steve Vai and has worked with Billy Idol and Marty Friedman. "It is punk rock mentality with heavy grooves!!!"

Since releasing their self-titled debut in March 2017, Ape Shifter has completed several European club tours and has shared bills with Loudness and The Skull, among others. Festival performances have included the main stage at Zytanien, Burg Herzberg Festival, OBOA, Free n Easy, Festival Kult!, and others.

Says Jeff Aug, "...Atomic Bitchwax comes close, but there is no one on the planet doing what Ape Shifter does."