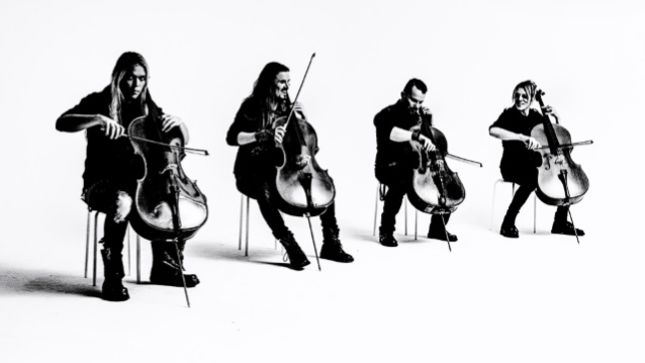 Apocalyptica drummer Mikko Sirén recently guested on the Ghost Cult Podcast. During the interview, Mikko revealed that Apocalyptica were "in the studio for the past three months. We're going to release an all-original album next year... an instrumental album. It's been really, really fun to go back to our roots."

The band has now signed with Silver Lining Music, with the album release slated for early 2020. Apocalyptica has issued the following statement:

"We are excited to learn how a slim record company structure plus all the marketing instruments of perhaps the biggest metal music powerhouse (with festivals, touring business, merchandise, etc) are set up for 2020. This feels like the absolute right company for the times we are in. We are very excited about our new album and we have the strongest belief that Silver Lining is the right partner for our music."

Silver Lining owner Thomas Jensen: "I have always been amazed at the sheer talent and visionary trait of Apocalyptica. It's a dream come true to be able to work with them. With the leadership of Serena Furlan and the forward-thinking A&R direction of Rod S. Kukla, Silver Lining Music offer Apocalyptica a unique and exceptional partnership. The best is yet to come."

The as yet untitled new album will be Apocalyptica's ninth studio effort. Their most recent album, Shadowmaker, was released in 2015. It was the band's first album with one single vocalist, Franky Perez .

Swedish heavy metal heroes Sabaton are set to release their new album The Great War on July 19th. The band has announce their European tour dates for The Great Tour, with fellow Swedes Amaranthe and Finnish cello rockers Apocalyptica supporting.

Amaranthe currently released their fifth album, Helix, and are more than happy to open up the battle:

"It is with absolutely massive levels of excitement that we announce our part in Sabaton's monster of a European tour next year! We have proudly watched as Sabaton has risen through the metal ranks, and with honor we finally join our Swedish brothers in this Cyclopean campaign set to steamroll across the continent. Although Amaranthe will open these night you can expect a more energetic and mesmerizing show than ever before, that will fill the arenas with pure modern metal madness! Do not miss this infernal machine of a tour, as lightning might not strike twice!"

Apocalyptica are currently working on their follow-up album to the successful Shadowmaker record. The Finnish cello rockers surprised by releasing their own version of the Sabaton single "Fields Of Verdun". Eicca Toppinnen states:

"As people may know we love to collaborate with other artists. We love the energy developing out of this and we embrace the learning from other professionals. Doing this incredible tour with Sabaton is something special for us. It is not only about writing and producing new music together, but also about the energy on stage. We are super excited and very much looking forward to this tour!‘ 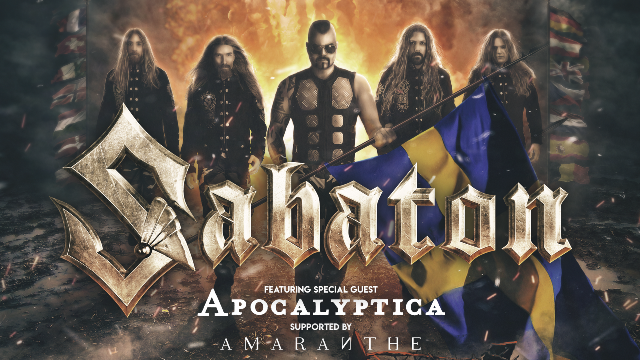