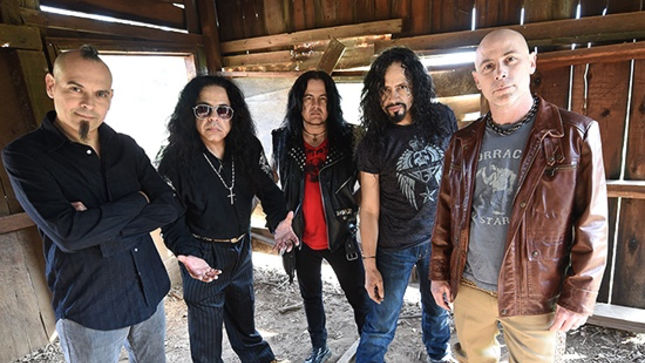 Starting this June, Armored Saint will head back out on the road, playing to fans across the world this summer. The first run of dates kicks off in the US, with the band joining Metal Church for a special west coast trek.

Armored Saint's Joey Vera (bass) comments: "We're super excited to go back out for some select dates this summer. The June dates with Metal Church are a fan-made match that is sure to be an amazing time!"

Armored Saint will make several European festival and club appearances in July (including Armored Saint's first show in Spain); the global trek concludes with a performance at Japan's Loud Park Festival in October - another first for the group.

Joey Vera comments: "We're super excited to go back out for some select dates this summer. The festivals in Europe are always killer! And for our first time in Spain, it's gonna be sick! And as if this wasn't enough - Saint is playing for the first time ever in Japan! Loud Park Festival Oct 8 & 9! We look forward to seeing you all out there!"

Armored Saint recently revamped their merchandise store to include a slew of new and classic designs, which can be viewed at the following links: North America, Europe. For more news, current tour dates, and additional information, fans can also visit the newly updated official website, here.