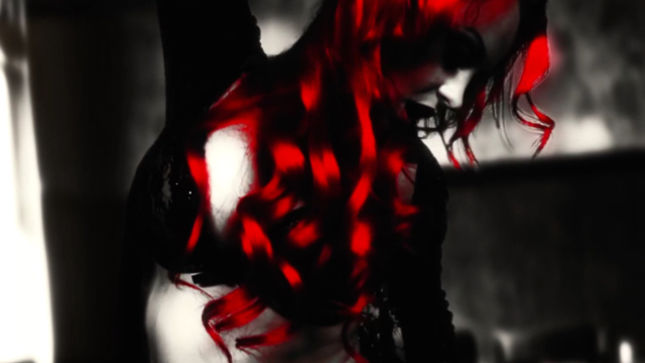 Los Angeles, California's Armored Saint have had a banner year with the release their seventh studio, Win Hands Down, which is a vintage crush of classic power propelled by a cathartic blast of life in the year 2015. They played massive European festivals, crushed the masses across North America co-headlining with metal legends Saxon and now wrap-up the year with a very striking new music video for the blistering new track, “An Exercise In Debauchery, shot by Brian Cox (Hollywood Undead, Prong).

John Bush (vocals) states: "I’m so happy with the way this video turned out. The song has a heavy subject matter and the video compliments it perfectly. There’s also a feeling of campiness which makes the viewer fade in and out of being uncomfortable and having a chuckle. The actors did a great job and personal props to my neighbor Sharon who let it all out as the police officer. Oh yeah, the band looks bad ass as well. Debauchery indeed."

Joey Vera (bass) further adds: "We're psyched to play these upcoming shows. First at M15 in Corona, CA. We haven't played Riverside County in a long time, so this is gonna be sick! Then after Thanksgiving, we head out to Europe for two headline shows and two festivals with legends Accept. What a great way for us to end this year. We're cooking up more shows for 2016, so we'll see you all soon!”

Brian Cox (video director) says: "This was by far the most challenging music video I have ever produced. Everything from the direction of the video down to the post-production editing techniques. It pushed my boundaries in every way possible, which is why this one has landed a spot as my personal favorite video to date!"

Armored Saint also recently launched a brand-new merch store at this location featuring a slew of new designs. They also revamped their website with tons of new content, which can be viewed at this location, so either see below or head over to the new site now for all tour dates, current news and additional band information.