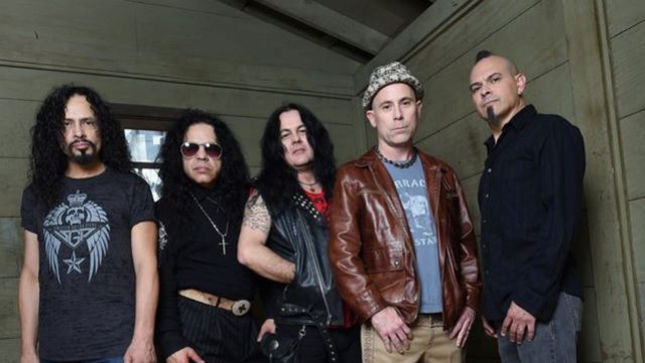 Los Angeles, California's Armored Saint is set to release their seventh studio album this summer. The new track “Mess”, can be heard streaming below.

The album, Win Hands Down, is all things Armored, a vintage crush of classic power propelled by a cathartic blast of life in the year 2015. The album is scheduled for release on June 2nd in North America, with release dates for June 1st in Europe/UK, and May 29th in Germany/Switzerland/Austria. The album is available for pre-order at MetalBlade.com.