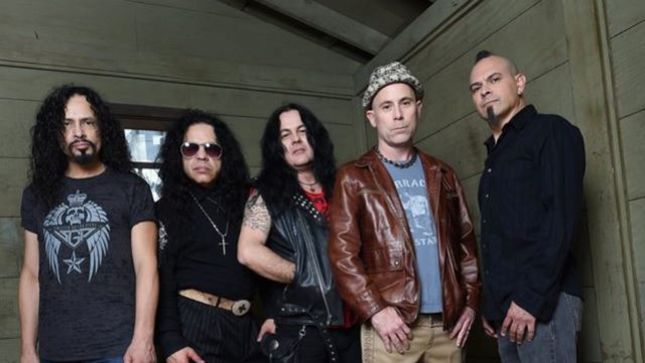 Win Hands Down is all things Armored, a vintage crush of classic power propelled by a cathartic blast of life in the year 2015. The fan response thus far has been above and beyond all expectations, and first week sales numbers are in. Win Hands Down has debuted at #71 on the Billboard Top 200 current albums chart. 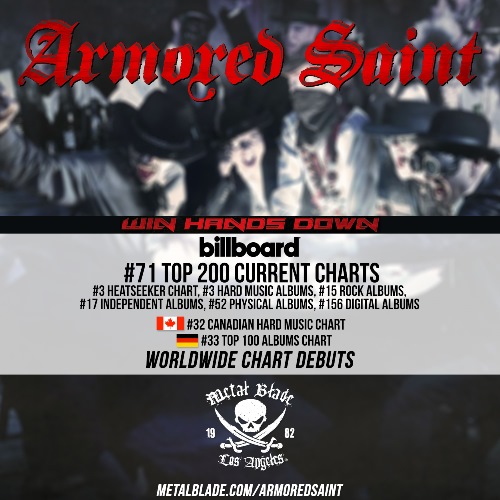 This album sold double what their previous effort, La Raza, sold upon its release in 2010. In Germany, the album reached #33 on the German Top 100 albums charts.

Armored Saint will only be performing one, very special headlining date in the US this year and it's in Las Vegas at Count's Vamp'd Rock Bar and Grill on July 11.

Win Hands Down is streaming in it’s entirety, and can be ordered at MetalBlade.com.

“An Exercise In Debauchery”: