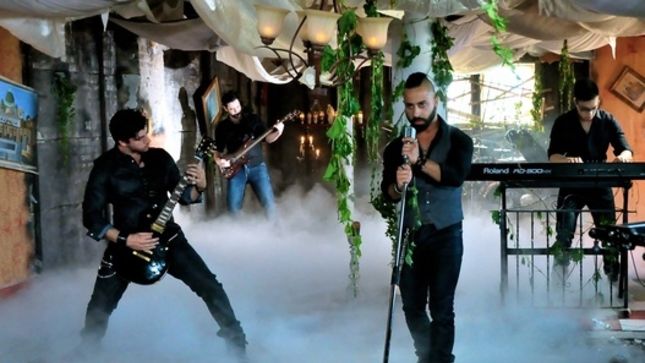 Toronto-based symphonic metal band Ascendia has premiered a new video by indie film director Garret Henry for title track “The Lion And The Jester” off their debut album. The premiere is part of a band-driven campaign in support of the Red Cross, where Ascendia has committed to donate 50% of all profits from sales of albums and merchandise over the next three months. Head to RedCross.com for more information.

Says drummer Billy Lov regarding the campaign to help support the Red Cross, “We made the video to express our feelings about the state of current events happening globally.  The Red Cross has always done incredible work assisting those impacted by conflicts and disasters around the world. We wanted to become involved and do anything we could to help shine a spotlight on their efforts.”

Ascendia’s mammoth sound spans the Atlantic, uniting elements of North American metal with a foundation rooted in the symphonic tradition of European metal, and is poised to appeal to even the most discerning genre purists.  Currently comprised of vocalist Nick Sakal, guitarist/vocalist John Lov, drummer Billy Lov, keyboardist Maestro and bassist John Abanador, the band has been amassing serious attention and accolades from Canada’s heavy music community over the past couple of years. They earned a slot on the bill for the Toronto stop of the 2013 Rockstar Mayhem Festival alongside heavyweight headliners like Mastodon, Amon Amarth, Children of Bodom, and Five Finger Death Punch. They’ve been tapped to support the likes of Into Eternity and Single Bullet Theory, and now, they’re set to capitalize on the buzz from their first studio album. That sound, virtually unparalleled in Canada at this point, is showcased in spades on the band’s first collection, bringing the urgency of their live shows to your speakers.