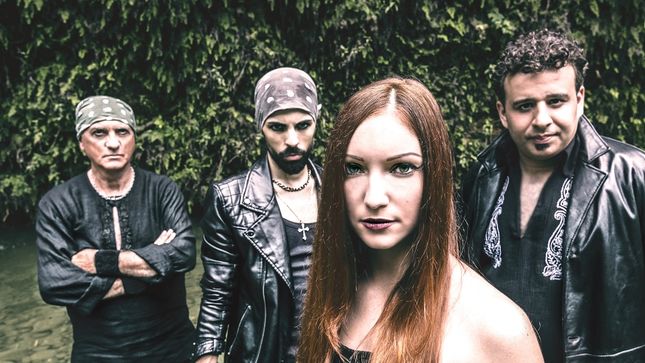 Italy’s symphonic metal band Astralium has announced they will be releasing their debut album titled Land Of Eternal Dreams on August 23rd via Rockshots Records (worldwide release) along with the full length being available in Japan via Spiritual Best on the same date. A pure symphonic album with power heavy prog metal influences, epic choirs, high pitch vocals plus lyrical sections and baroque/magniloquent arrangements, Land Of Eternal Dreams is a concept release about dreams and the astral universe, but also the fantasy world that lives in us. It's an inner journey through imaginary stories about myths and legends from the past.

The band explains the release:

"First of all, I want to say that we are very excited about our debut album Land Of Eternal Dreams. Fans can expect an amazing album of great melodies, blended with cinematic, symphonic and classical music, along with metal guitar riffs and epic choirs. We believe that music evokes sensations, emotions and real fantastic worlds in our minds."

“Remembrance”
“The Journey”
“Rising Waves From The Ocean”
“My Life Is My Eternity”
“Hope Is Gone”
“Breath Of My Soul”
“A Dream’s Elegy”
“Seven Seas, Seven Winds”
“Ethereal Voices From The Forest”
“The World Of Unknown”
“Hidden Conspiracy”
“Hope Is Gone” (Orchestral version / Japanese bonus track)