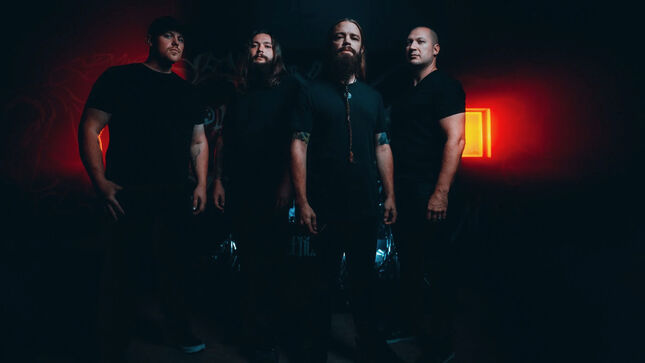 Forged from the melting pot of Detroit's underground metal scene, Asylence is a well-oiled metal machine built with passion, intent, and ferocity like no other. At the beginning of next year, they will be releasing their full-length album, Endanger Us All.

A music video for the single, “Soulless”, can be viewed below.

Vocalist Ryan Lang: “This is another oldie but a goodie. One of the heaviest songs we’ve ever written especially early on in the band. This is screaming in an addict's face. This is how hard it is to see a loved one fade away into the depths of addiction. This song is so emotional for me, I’ve lost far too many friends to drugs and addiction, and I’m no stranger to my own struggles myself. I hope that this song can provide someone with comfort that they are not alone and maybe this could help encourage people to wake up and change their lives for the better.”

A fun fact about the single, the ending was actually first written off the cuff live. They screwed up how it was supposed to end and just ran with it and the crowd loved it. They did too, so it was added to the final song. The album Endanger Us All is a combination of Asylence’s oldest and newest material. The older songs have always been a staple in their live sets and they wanted to finally record them right and do them justice. The new songs have been completed since the release of their 2020 EP Eulogy Of Man and they really constructed the bridge from what we were to what they’re becoming.

Asylence started out trying to be as heavy as they could possibly be but now they find themselves exploring more techniques and ideas that they had never previously thought to pursue. They are recommended for fans of Arch Enemy, DevilDriver, and Amon Amarth.