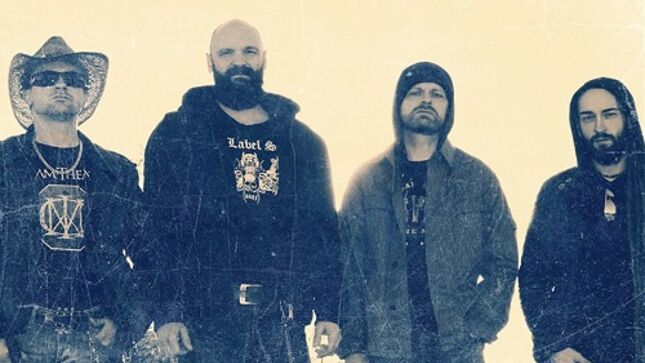 Germany's Coldun has released a lyric video for the song "The Forest And The Soul", from their new album Grand Sun Ritual, which is set for release on January 15, 2021.

Frontman Coldun says, "It's about a transcendental journey in the transition between life and death, which is interwoven with the symbolism of the forest as a place of connection with creation. The song describes the beautiful feeling of walking this transition - like flying through a forest perfectly."

Grand Sun Ritual is a real soul slurper, showing influences from doom to post metal, connecting both worlds, which the tasteful creators love so much. Thus, Coldun let atmospheric and deeply rich ambient sounds come together with wild rock / metal guitar riffs and drums in an amazingly fluid way, deliciously refined with the classic aroma of '70s guitar and Hammond feeling.

The necessary edge in the often majestic sound image is provided by hard, sometimes even post-black stagings, which can ultimately bring a modern, but always fully genuine and down-to-earth high-class sound to brilliant radiance.

In terms of content, the new long-player revolves around the eternally topical questions of humanity about the respective meaning of life and death. The thought-provoking lyrics of the songs show a radically positive basic tenor, which stands for Coldun's personal conviction that in death nothing is absolute - and certainly not an end.