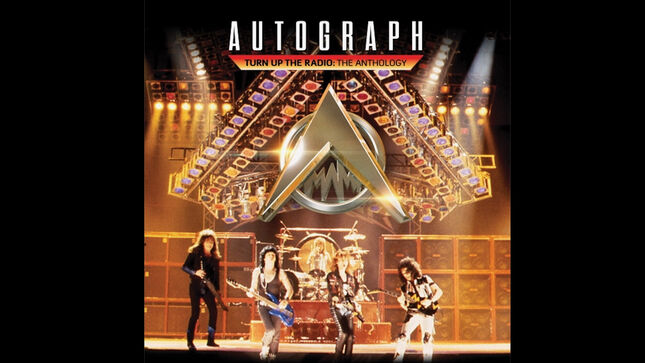 In 2011, Steve Plunkett, founder and lead vocalist for ‘80s metal guitar heroes Autograph, shocked the world with the release of a monster collection of early demos recorded before the band’s 1984 debut album Sign In Please.

Titled The Anthology and released only as a 2CD set, the collection included an early version of the band’s signature hit song, the unforgettable hair banging classic “Turn Up The Radio”, with one noticeable difference: in the song’s chorus when Plunkett implored listeners to “turn up the radio,” he apparently wasn’t content to just repeat the line and instead insisted we also “turn up the tape machine!”

Later, when the band re-recorded the song for Sign In, the lyric was changed and the rest is history. But that’s not all there is - these fantastic recordings contain no less than six demos of songs that would appear on their 1984 landmark album, plus several tracks that were never released anywhere else.

Now, this treasured collection has come to vinyl in a super deluxe gatefold jacket with full liner notes from Plunkett explaining the origin and history of each track. Turn Up The Radio - The Anthology is available in your choice of red or blue vinyl.