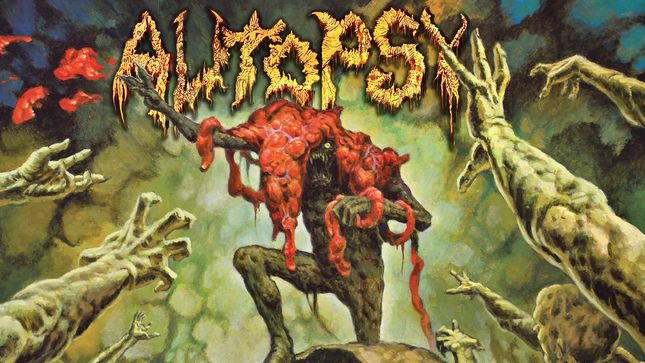 Peaceville Records will issue Autopsy’s first official live album, Live In Chicago, on October 30. The album will feature classic tracks form over three decades of depravity and will include a new, unreleased track, “Maggots In The Mirror”. Live In Chicago will out on double gatefold black vinyl and CD format. The track "In The Grip Of Winter" from the upcoming release is available for streaming below.