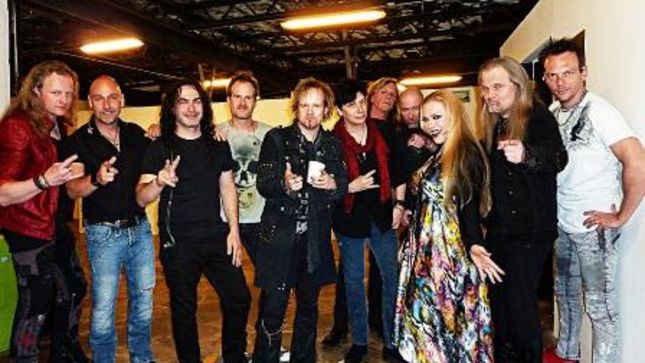 Sammet: " The indoor shows are done! Thirty-three shows in Europe, Asia, Canada, USA and Latin America, 20 sold out, around the globe! You rock! And in June the festival season will start for Avantasia. I'll never forget this tour: 8 weeks, 3 continents, countless shows sold out. We have the greatest fans and greatest crew in the world! AND, I have been allowed to be on stage with the loveliest and greatest musicians in the world."

Hartmann: "After I've been constantly on the road with Avantasia for more or less 10 weeks it's good to be back home again. Somehow. Besides office stuff and loads of laundry I also switched on the power in my home studio to start working again on the songs for the next Hartmann album and on the files for the drum recordings which will be done by Dennis Ward (Unisonic/Pink Cream 69) at HOFA Studios in a few weeks. Stay tuned for more news coming soon!"

Somerville: "Thanks to everyone for making this tour such an exhilarating trip - whether you were in the front, back, sides or online cheering us on, you made everything possible and are the reason we pour our hearts out to you on stage! I love you all so very much!" 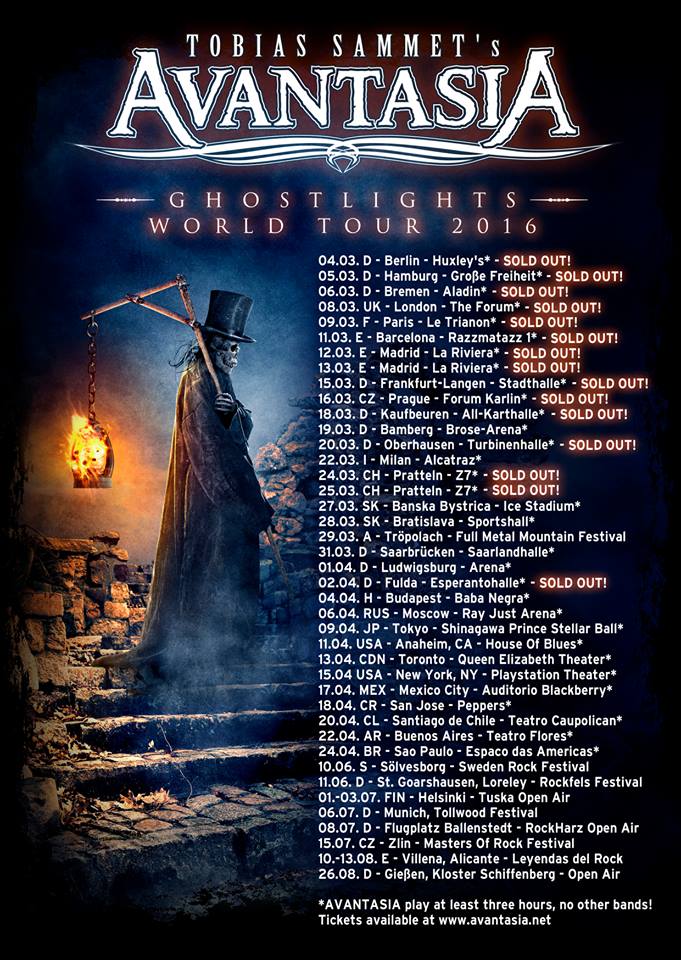