AVENGED SEVENFOLD Bassist JOHNNY CHRIST Talks "Drinks With Johnny" YouTube Channel, Confirms New Material Has Been In The Works "For A Long Time" 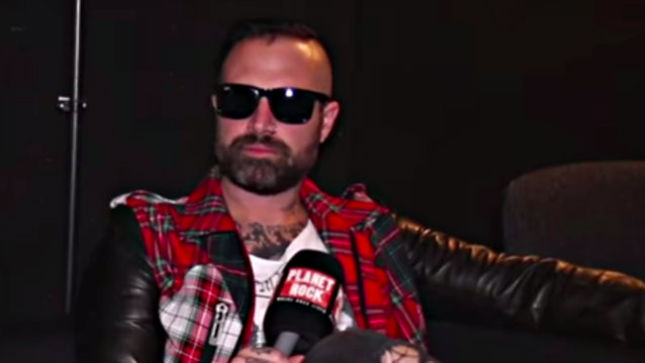 Knotfest has checked in with the following:

"Avenged Sevenfold’s Johnny Christ (bass) joins us to take us behind-the-scenes of his new chat show, Drinks With Johnny, celebrates 15 years of City Of Evil, and total evades our questions about new material. Yeah, we don’t blame him either..."

With regards to new A7X material, Christ says "We've been working for a long time on new material. I can't verify how far in we are or anything like that - and it's not even me trying to be secretive or anything like that. There's so much going on in the world right now, for me to get people's hopes up and then something has to switch last minute, I would be very irresponsible if I gave any kind of information on where we are in the process."

Check out the Drinks With Johnny YouTube channel here.

Avenged Sevenfold released their latest album, The Stage, in 2016.