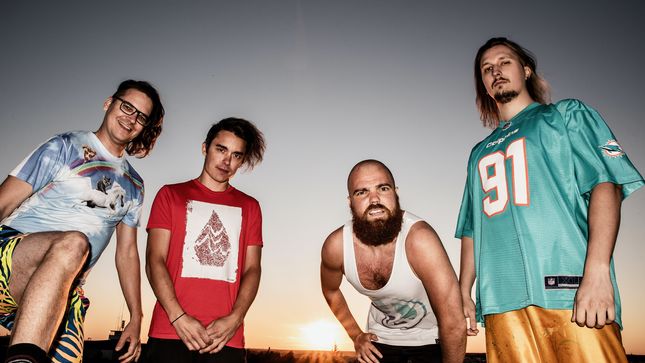 Finnish Wacken Metal Battle 2018 winners, Awake Again, have released a new single, “Into Two”. It's the first of a four-single-series, and is the beginning of a new chapter in Awake Again’s career.

“'Into Two' is an explosive wave of heavy drums, big guitars and eclectic synths with beautiful and harsh vocals. The end result is a perfect marriage of relentless metal and catchy pop music,” says the band.

The song was co-written by Danish producer Christopher Stjerne. Lead vocals were recorded at Christopher’s studio in Copenhagen and the rest of the song was recorded in Turku. "Into Two" was mixed by Grammy nominated producer and mixing engineer Jacob Hansen. The song sounds huge and epic but at the same time intricate and precise.

“The song is about personal development. It’s when you transform from old to new, from negative to positive. You leave the old and corrupt behind and you are left with a new and more complete self. This is also the process of the band since the last release almost two years ago.”

Stream the song here, and below:

What do you get when the craziness of System Of A Down meets the electronic mayhem of Enter Shikari wrapped in the production of Bring Me The Horizon? You get Awake Again.

Awake Again is a four piece alternative metal band hailing from Turku, Finland formed in 2013. Their music a distinctive mixture of metal, post-hardcore and pop. Known for their huge and catchy songs accompanied with live performance like a nuclear bomb Awake Again has been making a steady rise in Finnish metal scene.

Having played over 100 shows the band has conquered smaller and bigger stages with their wildfire like energy. Most notably they won Wacken Metal Battle Finland in 2018 and got to show their alternative metal madness at the global finals in Wacken Open Air.

The fall of 2020 will start a new chapter in Awake Again's career as the band releases highly anticipated new music. Bigger, heavier and more melodic than ever before Awake Again is ready to conquer the hearts of music lovers around the world.