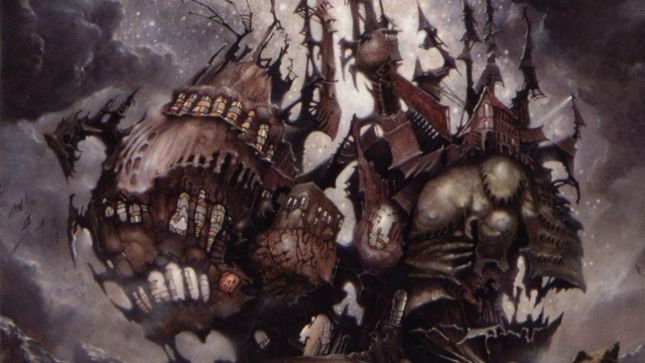 Celebrating the 20th Anniversary of Ayreon's breakthrough album, Into The Electric Castle, the original line-up of musician for the album, led by mastermind Arjen Lucassen, will perform three shows showcasing the album as well as songs from the Ayreon  catalogue on at 013 Poppodium in Tilburg, Netherlands from September 13th - 15th, 2019 (with two shows on the 15th).

Lucassen and his online minions have checked in with the following update:

"We know you don't want miss out on getting your tickets to the Electric Castle Live And Other Tales show, so here is some galactically important information.

If you are signed up to receive the Arjen Lucassen newsletters, you will be able to buy tickets as early as 10:00am CET on October 25th (24 hours in advance of the general public). However, if you want to access the pre-sale even sooner (24 hours sooner, in fact!), all you have to do is pre-order the Into The Electric Castle Anniversary Edition here. We'll send you an email with your special link and code approximately 24 hours before your pre-sale starts, so you will have time to look for the mail in your spam filters, check payment options, or any other preparations you need to make.

For practical reasons, you can only buy a maximum of 20 tickets (spread across all shows) at one time. We're hoping that will be plenty for most folks, but should you need to buy tickets for an entire village, you'll have to make separate purchases (sorry!).

You can read about the different types of tickets available at Ayreon.com."

The line-up for the show includes: