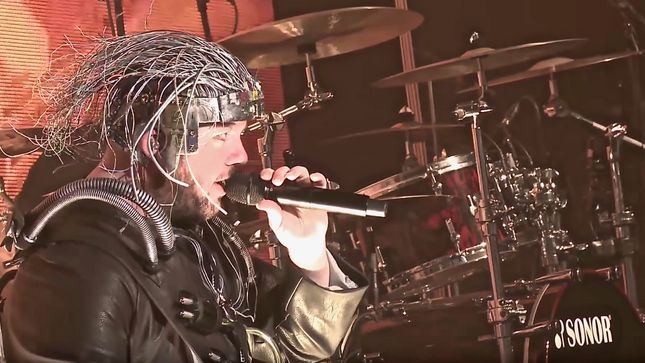 "I’m extremely proud to present you the first full live video track of the upcoming Ayreon Universe DVD/BD," says Arjen Lucassen. "I picked "Everybody Dies", which is not only a personal favorite, it also features many of the amazing singers and a lot of mayhem and commotion on stage! This is a total bitch of a track to play, but I must say the band totally nailed it! Hope you like it!"

Only six months after the Ayreon Universe took to the stage, Mascot Label Group / Music Theories Recordings will release the entire show on a variety of formats on March 30th. Ayreon Universe is the best of Ayreon Live - a unique performance featuring 16 singers, 28 songs, 2+ hour performance, 9000+ fans and a special appearance by Arjen Lucassen. All of this captured by 30 cameras!

Arjen talks about the upcoming release in the video below:

You can also get bundles with limited edition t-shirts that were previously only available at the shows. Your final chance to get exclusive Ayreon Universe apparel. Pre-orders will start on January 30th at 4 PM, CET. Set your clocks.