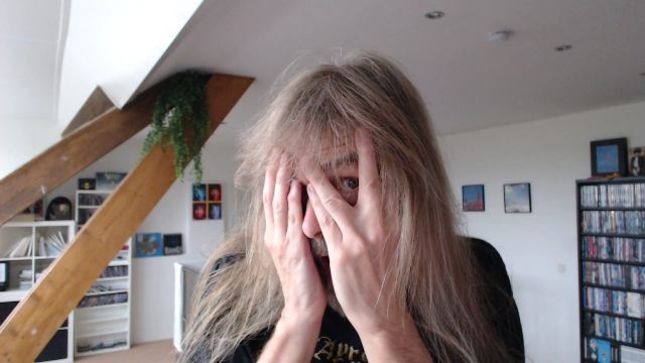 Ayreon have release a brand-new sprawling and epic studio album, Transitus, via Music Theories Recordings. Mastermind Arjen Lucassen has checked in with the following message to the fans:

"Hi all, a serious note from me for a change. I want to sincerely apologize for not including the song lyrics in the CD and vinyl versions of Transitus. The lyrics are important, and not including them definitely wasn’t intentional. I admit it was a pretty spectacular screw-up.

I know it’s always easy to blame Corona, but the pandemic was really kicking off right when we were working on the artwork and everything got pretty chaotic. And yes, extremely rushed. Nevertheless, I take the final responsibility for letting this happen. Anyway... hope you’ll forgive me. And I swear, it won’t happen again! For those who missed it, you can download the lyrics here."

In the new video below, Lucassen takes you on a journey through the different formats of Transitus: