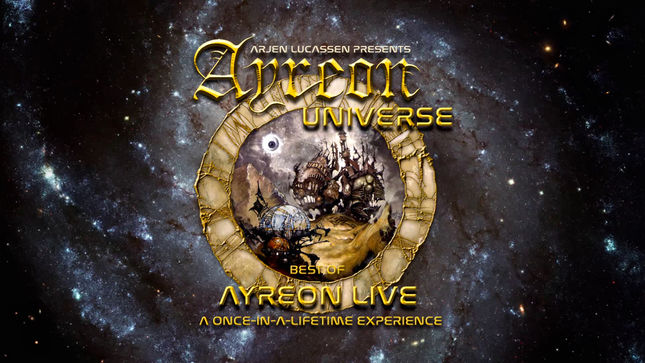 Ayreonauts take notice and mark September 15th and 16th of 2017 in your calendars. These are the days that you can experience Ayreon live for the first time ever!

Ayreon mastermind Arjen Lucassen has chosen the best songs from the Ayreon albums and Star One to create an exclusive live Ayreon show: Ayreon Universe. The show will be performed at the 013 venue in Tilburg by the very best original Ayreon vocalists and instrumentalists. You can expect Floor Jansen and Marco Hietala from Nightwish, Russell Allen (Symphony X), Damian Wilson (Treshold), Hansi Kürsch (Blind Guardian), Tommy Karevik (Kamelot), Jonas Renkse (Katatonia), Anneke van Giersbergen (The Gentle Storm), and many other original Ayreon singers on stage, as well as an appearance by Arjen Lucassen himself.