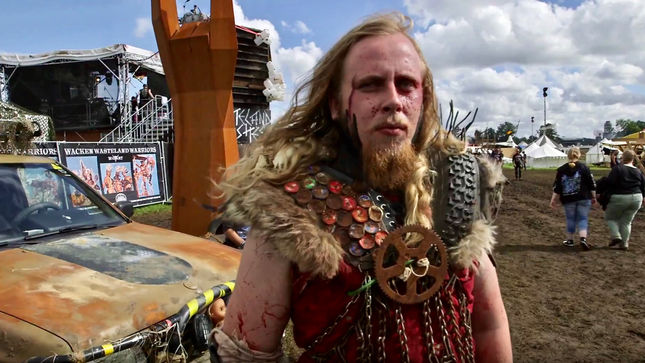 Part 3 finds Sam Dunn and the Secret Location crew filming in the middle of a cage fight with the Wasteland Warriors and preparing to go on stage for an explosive headlining performance by Arch Enemy.

Part 2 finds Sam Dunn and the Secret Location crew waiting for the opening of the gates at Wacken Open Air and racing against a rainstorm to co-ordinate a 360° group headbang. Watch below:

In Part 1, cameras follow Director Sam Dunn and Creative Director Marty Flanagan as they attempt a day of shooting in Wacken's infamous "Metal Market" with fans Lee and Chrissy, a married couple who traveled from New Zealand to Germany for their first-ever Wacken experience.

A story in five parts, from Secret Location and Banger Films, Welcome to Wacken invites you to experience the festival through the eyes of the fans and truly feel why Wacken is the Mecca for metalheads everywhere. Featuring an explosive performance by headliner Arch Enemy, Welcome to Wacken is the closest way to experience the festival, without having to pay for the airfare.

The doc will be available on most major VR platforms later this month. More details to follow.