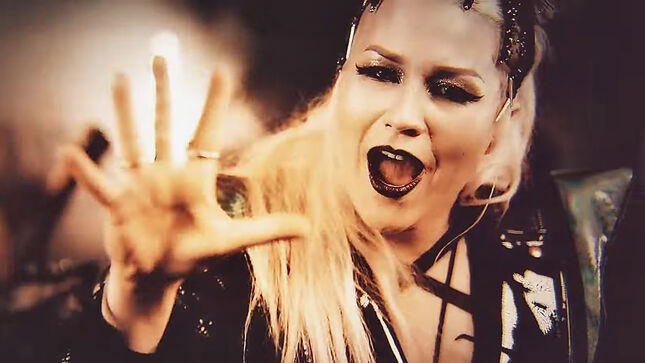 After re-signing to Nuclear Blast in early 2021, Battle Beast are once again unleashing their full force upon the world in the shape of their brand new masterpiece, Circus Of Doom, out now via Nuclear Blast. In true Battle Beast fashion, the 10 tracks blend true heavy metal with pop and rock-vibes, paired with Noora Louhimo’s unique voice.

To celebrate the occasion, the band release a music video of their new single "Wings Of Light, that you can watch below:

Janne Björkroth comments about the release: "We wanted to make an absorbing and interesting album that includes both lighter party songs and heavier stuff as well. It's not a theme album in the traditional sense, but rather a versatile entity that sounds like Battle Beast, but with new flavors and twists.
The album is named after its theatrical opening track, which is quite a massive song in many ways. It's groovy and catchy, filled with fascinating details, wild orchestrations, big emotions, and many stories. In that way, the song reflects the whole album, and we think it's an ideal title track. Like the song 'Circus Of Doom', the whole album is filled with enchanting surprises and wild carnival atmosphere. Like a joyful day at the circus."

Circus Of Doom was recorded at JKB Studios in Helsinki, Finland and produced and mixed by keyboardist Janne Björkroth, while the stunning artwork was created by Jan Yrlund.

Order/ save Circus Of Doom digitally here. Order physical copies of the album in the format of you choice here.

"Where Angels Fear To Fly" video:

"Eye Of The Storm" video:

Battle Beast will make their long awaited return to North America in support of their upcoming record. The band will share the stage with DragonForce and will join the tour beginning March 20 in Denver, CO through April 23 in Berkeley, CA. Tickets here.

Commenting on the tour, vocal powerhouse Noora Louhimo states: ”Battle Beast is coming to you sounding and looking better than ever before! We are very excited to unite our forces with Dragonforce for a North America tour. I think this will be an epic combination of heavy metal energy and our fans will be getting 300% of explosive entertainment with our new album ”Circus of Doom” let loose on stage. Get ready to be mesmerized with high screams, new horns and new Battle Beast.”