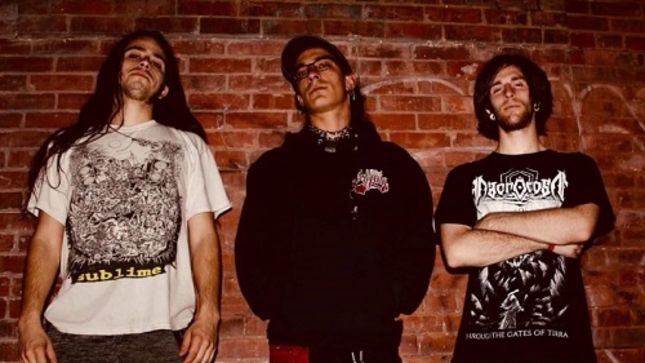 Bay Area death thrashers Hemotoxin have released the official video for "Automation". The track is taken from Restructure The Molded Mind, released by Unspeakable Axe Records earlier this year. The video was filmed at The Phoenix Theater in Petaluma, CA.

Hemotoxin’s third studio full-length album, and second for Unspeakable Axe Records, finds the band pushing further in every direction—more destructive, more melodic and undeniably catchy. The power thrash of "Automation" sinks into flesh like a hook, while others are a relentless and ferocious attack on the senses.

With a stew of influences ranging from traditional heavy metal, to progressive metal and the pantheon of death and thrash acts, Hemotoxin continue to write the music they want to hear. On Restructure The Molded Mind, Hemotoxin showcase a near-total indifference to easily-emulated and trendy sounds.