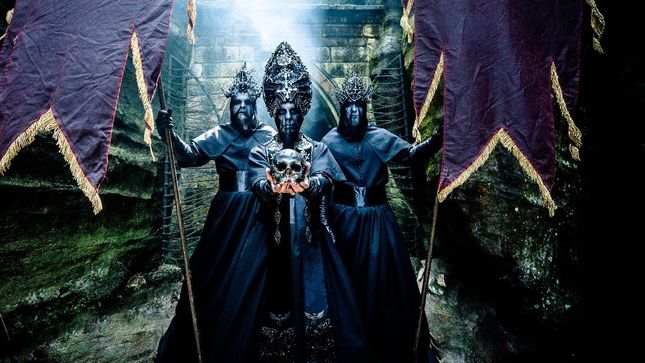 The songs recorded for BBC Radio 1 will be released as digital download on January, 10th - ahead of Behemoth's appearance on the upcoming Slipknot European tour. This digital EP foreshadows the I Loved You At Your Darkest Tour Edition.  Pre-order the digital Live At Maida Vale EP here.

To highlight the essence of what Bemeoth represents on stage, the band has released a video for "Wolves Ov Siberia" - Radio 1 session. The song recorded for Dan Carter's BBC Radio Rock Show is a refreshing look at Behemoth is a more natural setting away from their fire and chaos. Check out the stunning video of Poland's darkest force alive and watch "Wolves Ov Siberia" below.

I Loved You At Your Darkest marked a milestone in the history of Behemoth, being not only the most successful album of the band but also an audiovisual masterpiece: From its detailed blasphemious artwork to the highly vicious and at the same time deeply emotional tracks, Behemoth once again played with fire - and ignited a wildfire burning the narrowminded bigotry of Christianity down to the ground. Now, the album comes to new life as a tour edition. More information will be revealed soon.

Recently, the band announced that they will be joining Slipknot on their European We Are Not Your Kind Tour that kicks off in Dublin on January 14th - tickets are already on sale, with almost half of the shows already sold out.