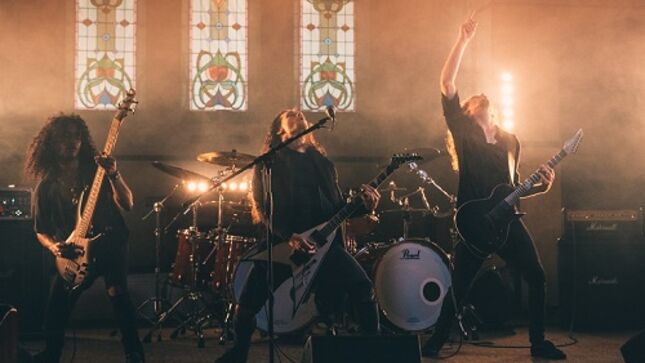 Besomora were founded by vocalist / guitarist Vlad Martynov and drummer Daniel Zolotic in February 2021 as a Covid-19 project. The band is a Sydney-based melodic death metal four-piece. The name Besomora is derived from Slavic mythology and draws inspiration from dark spirits and demons, as reflected in the band’s music.

Over its short existence, Besomora played a sold-out show alongside Be’lakor, Orpheus Omega, and Andy Gillion (ex-Mors Principium Est), during their joint Australian tour, and shared the stage with well-known Australian bands including Psycroptic, Disentomb, and Nicolas Cage Fighter.

Besomora have been working hard towards the release of their debut EP, a six-track record that will feature Joe Haley (Psycroptic) and Tobi Morelli (Archspire) as guest musicians. A taste of that EP has been offered up in the form of the single and video, "Mass Starvation".

Get a closer look on how the music video for Besomora's new single "Mass Starvation" was shot in this Behind The Scenes featurette.

In February 2022, Besomora issued a video for their cover of the KISS classic, "I Was Made For Lovin' You".