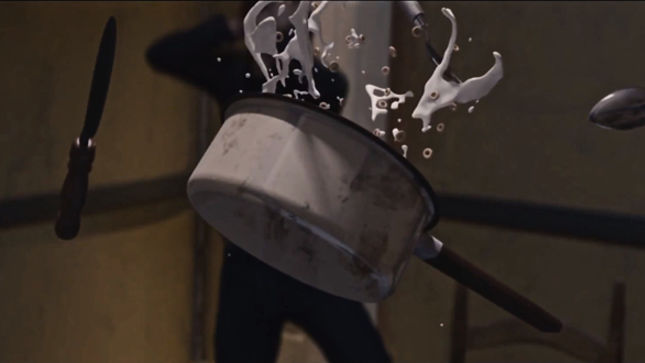 American progressive metal band, Between The Buried And Me, have released a video for "The Coma Machine”!, the second single off of the band's upcoming album, Coma Ecliptic.

About the music video, vocalist Tommy Rogers shared, "This video is special to me because it looks beyond the story that is on the record. It showcases the character preparing for his journey and is him basically saying bye to his old demons/life. This footage adds dialogue to the story and I think that is very unique. Wes and crew did a wonderful job creating a world that works well with the song and uniquely showcases the depth of this unstable character."

Between The Buried And Me recently released a clip from the Making Of Coma Ecliptic DVD. In the clip, Tommy Rogers discusses the concept of Coma Ecliptic.


On release day, the band will continue their headline run with the release of Coma Ecliptic and kick off a tour with support from Animals As Leaders and The Contortionist on July 7th in Athens, GA at Georgia Theatre.

VIP packages are on sale now that include an exclusive Q&A; with both Between The Buried And Me and Animals As Leaders, photo ops with each band, an 18x24 poster signed by both bands, and a souvenir laminate with early entrance to the show! VIP packages can be purchased at this location. General tickets can be purchased here.