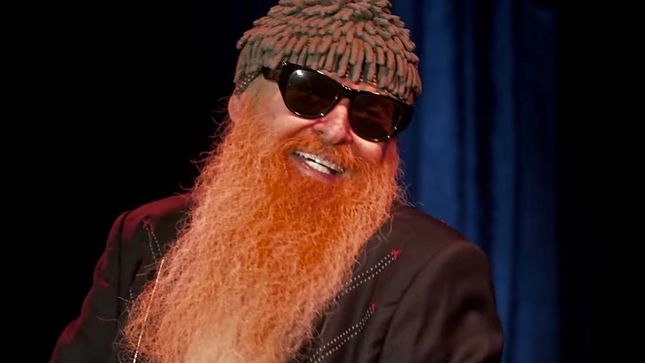 Celebrating 50 years as a band, ZZ Top’s Billy Gibbons talked to the Chicago Sun-Times about the landmark anniversary and possible new music from the trio.

On celebrating 50 years of ZZ Top:

“It feels like home. We just enjoy doing what we’ve been doing because, frankly, there’s been no good reason to stop. It’s great to be among these pillars of our sonic community. Just the three of us not against the world but for the world and, of course, a good time, which is what we’ve been having for five decades now.”

On any recording plans:

“We’ve laid some tried-and-true ZZ-styled ideas down, now bubbling under to hit the streets. Might be an album in the traditional sense or, maybe, a gathering of blues-infused songs to be released in no particular order. We’re with ya’…!”

With the likes of “Legs”, “Gimme All Your Lovin’”, “Sharp Dressed Man” and “Stages”, MTV brought southern rockers ZZ Top unexpected fame and fortune, along with a cool and hip factor. Billy Gibbons explains on SiriusXM below:

“We didn't care, we just saw A Flock Of Seagulls with this hairdo! Wow, where can we go and get that hairdo! But I credit the great director Tim Newman. He had a vision and he had done some great things. We showed up on Saturday and he starts shaking his head saying ‘oh no, now what?’ So he kind of made ZZ Top into ghostly figures. So we weren't really in the videos, we were coming and going in and out of the videos. But add it to the mystique.”