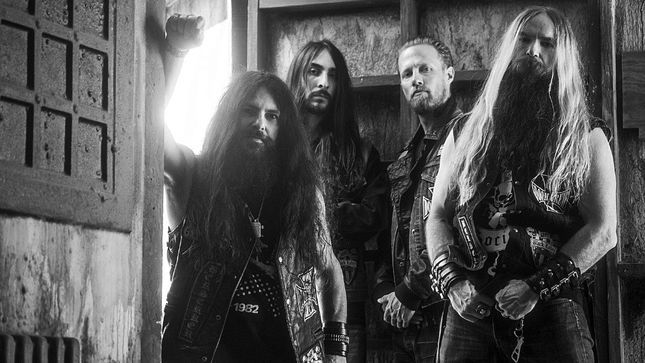 Black Label Society, led by iconic American guitarist Zakk Wylde, will release a music video on Monday (February 19th) for the track "A Love Unreal", from their tenth full length, Grimmest Hits, out now via Entertainment One (eOne). A second teaser for the clip can be seen below.

BLS soared into the charts with the new LP, which has landed at #4 on the Billboard Current Charts, the highest charting LP since Order Of The Back released back in 2009.

Grimmest Hits reached #1 on the Billboard Hard Music, #1 Independent, and #2 Rock Charts. The LP was also the #1 selling album at Best Buy for the week of its release, beating out Grammy nominated Fall Out Boy by a considerable margin.

Upon its release, Grimmest Hits landed at #1 spot on iTunes Top Rock Albums Chart and #7 on the Overall Top Albums Chart.

"All That Once Shined" lyric video:

Order Grimmest Hits via the links below:

Black Label Society are touring with support from Corrosion Of Conformity. Remaining dates, listed below, include support from Eyehategod.