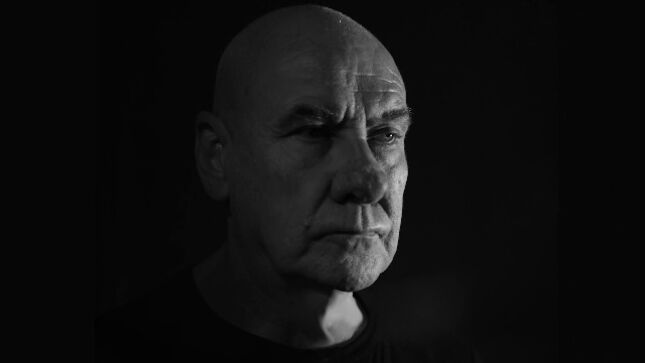 A gripping and multi-faceted work crafted during an unprecedented year, "Lays the Burden, Dead" is more than a massive offering of visual art.  It is a unique and highly limited package that features a complimentary poem printed on an archival paper stock complete with the SceneFour chop. All canvases are numbered and individually signed by Bill Ward. Each ship with Certificates of Authenticity.

Only 50 packages will be available worldwide.

The Absence Of Corners art collection was a career first for Bill Ward. Artwork built from rhythm, Ward was one of the pioneers in bringing this new medium of rhythm-on-canvas to the world. On May 9th and 10th, 2015 Ward presented his fine art series at the Annapolis Collection Gallery in Annapolis, Maryland. Video footage of his appearance is available below:

In the video below, Ward gives a deeper look into his art piece Sound Shock from his art debut. The piece reflects how his perception has been altered from years of exposure to epic frequencies.

In another short video, Bill discusses Intuitive Peril, the most sought after piece in his art debut collection Absence Of Corners. Vivid, abstract and created from rhythm, Intuitive Peril is a powerful example of Ward's new medium of rhythm-on-canvas.

To learn more and see the entire collection by Bill Ward, visit Billwarddrumart.com.