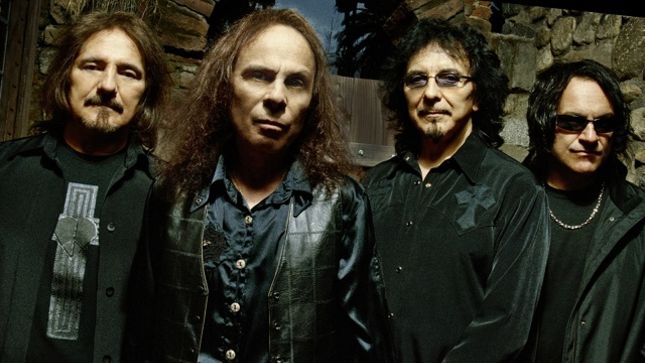 If you were turned on to Black Sabbath during the Ronnie James Dio years this Rock ‘N’ Roll Fantasy Camp is a once in a lifetime opportunity to live the dream.  In addition to jamming with Ronnie's former band mate Tony Iommi, the musical director Vinny Appice, who enjoyed many years with Black Sabbath and Dio, will jam your favorite songs with you in their Black Sabbath/Dio/Heaven And Hell themed jam rooms.

They have special themed jams rooms during the evenings at Rock ‘N’ Roll Fantasy Camp so you have the chance to jam on some of the iconic hit songs of their counselors and special guests.  Imagine jamming "Crazy Train" with Rudy Sarzo or "Heaven And Hell" or "Neon Nights" with Vinny Appice, which is one of the songs Tony Iommi has asked to jam with the campers as well. This is a once in a lifetime experience that you won’t want to miss.

In addition, at Rock ‘N’ Roll Fantasy Camp they feature master classes where you learn from your favorite rock star counselors and superstars. Hear Rudy Sarzo discuss the genius of the Randy Rhodes era with Ozzy and his years with Quiet Riot. On top of that, get drumming tips and hear from Frankie Banali, whose Grammy nominated Documentary on Quiet Riot Well Now You're Here, There's No Way Back will give you chills when you hear all the inside stories.  Bjorn Englen has been the bass player for some of the greatest guitar shredders around including Yngwie Malmsteen, Uli Jon Roth and Tony MacAlpine.  The Yngwie Malmsteen stories alone are priceless.  Vic Johnson has been playing guitar with Sammy Hagar since 1997.  He is a master musician who you will truly learn some incredible tips from.  Tracii Guns, the "Guns" in "Guns N Roses" and "L.A. Guns" is a veteran rock star who just wrapped up a second stint in the hit Las Vegas show Raiding the Rock Vault, and will be at camp sharing his road stories and years of experience playing and touring the world.  We also have special Q&A sessions, giving you the chance to ask the questions you've always wanted to ask.  These are beyond the regular "meet n greet" you get anywhere else.