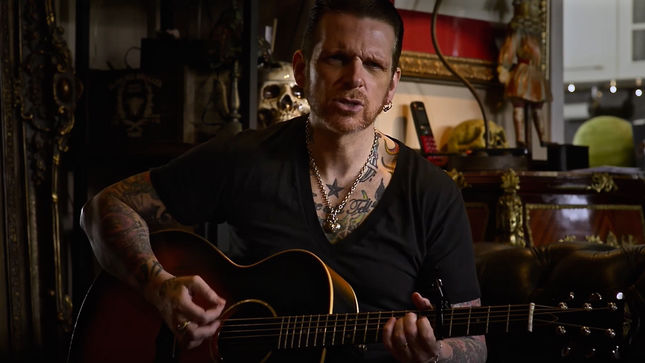 Music Radar spoke with Black Star Riders frontman Ricky Warwick. One of the topics discussed was moving past Thin Lizzy to the current outfit.

"The fans were really happy to see Thin Lizzy back," says Damon, "but they were all excited about the new BSR record, too. When we recorded the debut in 2013, we had no idea this would ever happen. We doubted we could get to this place: where there are two entities that each have their own place.

"People seem to respect us for what we've done rather than being a tribute to 40-year-old songs… because there are bands that do that. Each to his own, but don't you want to push yourself and continue to create? How is a songwriter different to a painter or architect or writer? You're always thinking about your next project, building or book."

"The fact BSR is a working band of its own is a testament to the songs. We don't need to rely on the Lizzy hits to back us up; we've got this other thing that's relevant, that people appreciate. It would have been doomed from the start if the fans didn't believe in us."

2016 saw Black Star Riders return to the studio with producer Nick Raskulinecz (Rush, The Foo Fighters, Mastodon), at his studio just outside Nashville. The resultant album is Black Star Riders most accomplished work to date. From the immediate riffs of album opener “Heavy Fire” to the instant hooks of first single “When The Night Comes In”, from the dirty bass groove of “Thinking About You Could Get Me Killed” to the familiar and trademark dual guitars of Gorham and Johnson on “Testify Or Say Goodbye”, this is an album that will further cement BSR’s reputation as one of the world premiere rock acts.

Following on from their critically acclaimed albums All Hell Breaks Loose and The Killer Instinct, which have paved the way for Black Star Riders to be recognized as a power force in the modern day of rock n’ roll, Heavy Fire will be once again released by Nuclear Blast Entertainment. The band have also brought in Pledgemusic, one of the most innovative and successful platforms of the modern music world, to give fans extra special product and experiences to go along with the album’s release.