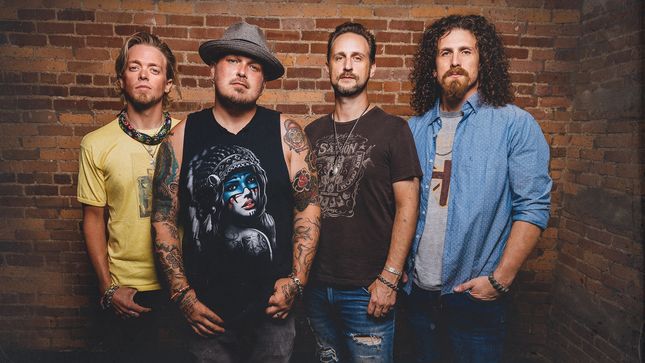 Black Stone Cherry invites fans to "Come behind the scenes on the creative process behind our forthcoming album, The Human Condition, out everywhere Friday, October 30th."

The band have unveiled a second new track from the album. "Ringin' In My Head" is accompanied by a lyric video, which you can watch below.

The band tell us: "'Ringin' In My Head' was a song we originally started to write back in 2017. For whatever reason, it didn’t make the album at the time but we loved the riff and melody. Fast forward to 2020, we were in the studio recording The Human Condition and we decided to re-visit the song and re-work it. It’s eerie that it fits into the current state of the world so well right now. It’s almost like the song knew when it should have been recorded and released, and we find beauty in that!”