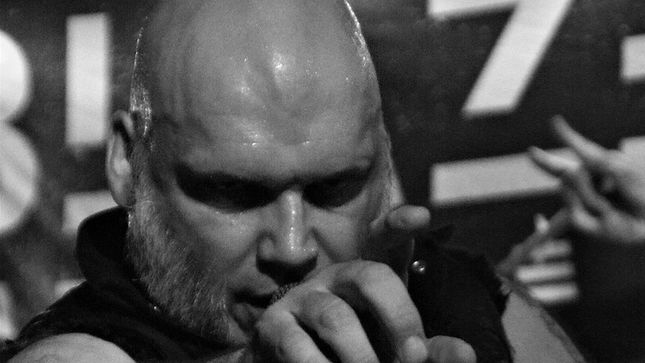 Former Iron Maiden singer Blaze Bayley is currently on the European tour circuit celebrating the 25th anniversary of him stepping into the shoes of the departed Bruce Dickinson in 1994. After countless auditions, Blaze left the under-rated Wolfsbane (remember the galloping “Man Hunt” and sassy “Shakin’” from 1989’s Live Fast, Die Fast?) and joined one of the biggest bands on the planet, appearing on 1995’s The X Factor and 1998’s Virtual XI, both being the lowest-charting Iron Maiden studio albums in the UK since Killers was released in 1981. So fans were split. BraveWords caught up with Blaze on the road recently and spoke about his tenure with Steve Harris and company and the fact that he’s released over ten studio records since his departure. Watch for the entire chat soon, but check out an excerpt below:

BraveWords: Do you think your two Iron Maiden records have stood the test of time?

Bayley: “I do. Yeah, I do think they've lasted and one of the reasons I think they've lasted, for many of the hardcore fans, they weren’t very popular. For some people, the first Maiden record is The X Factor or Virtual XI. And I am the first Maiden singer, and those people have absolutely no problem with me or with those albums. And they love them … but for other fans, ‘oh thank God Bruce's back.’ Bruce has come back and they've done some other albums, and some people go: “I’m so bored, that the only albums I haven’t listen to a hundred or a thousand times are The X Factor or Virtual XI and there actually is some good music on these.’ And then, bringing back the anniversary editions of The X Factor or Virtual XI, a lot of new fans who never heard of me go ‘Bruce sounds different on this record.’ And then they go ‘who the hell is Blaze Bayley?’ Well, he was there in the middle. ‘But I thought it was the legend Paul and then Bruce.’ But Bruce left and then he came back. But there are two albums in the middle. So people go on this voyage of discovery find out that I actually have 11 albums out solo. And I think most of them turned out pretty well.”


BraveWords: Bruce has been asked if he’d be interested in redoing the Maiden records that you sang on. What do you think of that possibility?

Bayley: “To be honest, I don't think Bruce would be interested at all in doing that, because knowing him as I do - and I've known him for many years. I knew him before Maiden and he's been so kind to me and help me with my solo career and many things afterwards. Those albums are what they are. They just stand as they are. The only thing that you would do is maybe do a live version. It's ridiculous, because there was nothing missing when we wrote those albums. There was nothing written for The X Factor, it was right. Nothing's written. ‘I don't care who writes it or who does the songs, they just have to be great songs.’ And that's what Steve (Harris) said at the start to me. We got together and we wrote these songs and I had a book full of lyrics to try with different music and stuff. When they originally found Bruce, you had this absolutely fantastic, legendary voice. To hear someone who hit the whole mark, heavy metal singing the best it can be, you go listen to Dickinson. And that's what heavy metal singing is. He's got the fantastic range, great interpretation, he can be soft and loud. It’s incredible what Bruce can do.  A wonderful, wonderful singer. But we come from different places vocally and emotionally. My interpretation always comes from darkness. Always comes from a struggle to fight off the darkness, to get through the storm, to come to the other side, to look for the blue sky, to wait for the full moon to guide you out of the night to a different place. That's where my vocalization comes from. And my interpretation of the songs comes from a different place. So when you are more relaxed as a music fan, a Maiden fan, then you start to appreciate the difference. It's a different way of looking at it. To be honest, a lot of people still hate me for my era of Iron Maiden. I don't think it's a good thing.”

Stay tuned for our major feature with Blaze Bayley soon!