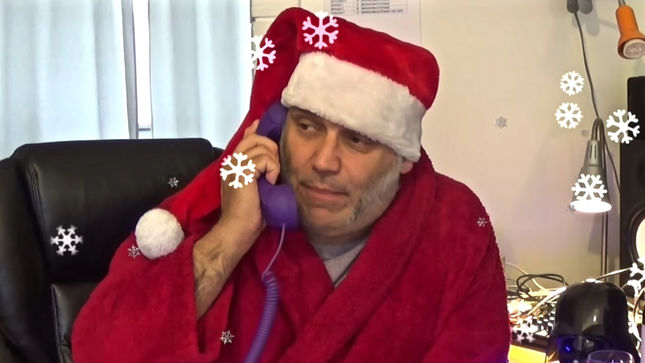 Former Iron Maiden singer, Blaze Bayley, has released a brand new Christmas song, “Crazy Christmas”. The song was written and recorded during spring/summer this year and is available now via digital platforms including iTunes and Amazon (widget below). A light-hearted and fun music video (streaming below) has also been released today to help promote the song.

Blaze Bayley's career spans in excess of 30 years, starting as singer in Wolfsbane before catapulting to worldwide fame in Iron Maiden during 1994 to 1999. After leaving Iron Maiden he has pursued a successful solo career with particular progress with the release of a new album earlier this year entitled Infinite Entanglement, which is the first in a trilogy of albums with a sci-fi concept.

The second instalment in the trilogy is set for release in March 2017, together with plans for a World Tour and full details of that are expected to be revealed within the next 7-10 days.