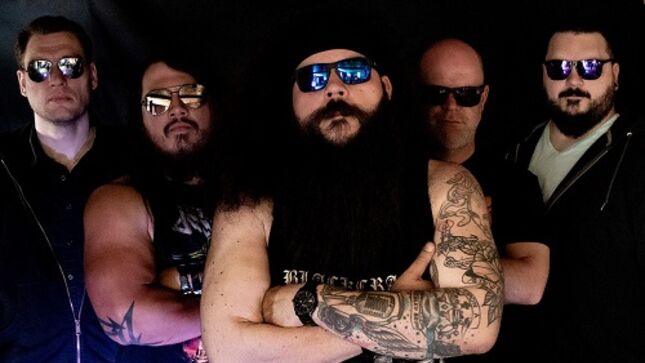 KickBoxer inspired metalcore outfit, Bleed Like Mylee, have debuted their first single, "Kiss Of Death" from the upcoming album, Nuk Soo Kow, due out August 12th.

Mastermind Joseph Izayea had this to say, “I'm superbly stoked and still chuckling while I announce the release of the Bleed Like Mylee debut EP’s advanced single; 'Kiss Of Death'. Work on this ridiculous project was undertaken in almost complete secrecy during the production or release of the newly dropped or coming soon stuff from Seeking Sirens, Sour Times, From Under Concrete Kings, and also the Harder Truths record.

Josh, Doug and I are thrilled to finally see this lunacy fueled endeavor begin to see the daylight, and sincerely hope you have as much fun listening to it as we did making it! Chenqui.”

Bleed Like Mylee is a hard-hitting metalcore five-piece delivering crushing breakdowns, epic choruses, and gut-punching songwriting all absurdly packaged in tribute to the movie KickBoxer featuring Jean-Claude Van Damme. Fans of acts like Austrian Death Machine, and Okilly Dokilly should easily find enjoyment in the debut EP Nuk Soo Kow, which stands to leave some bruises on 2022.