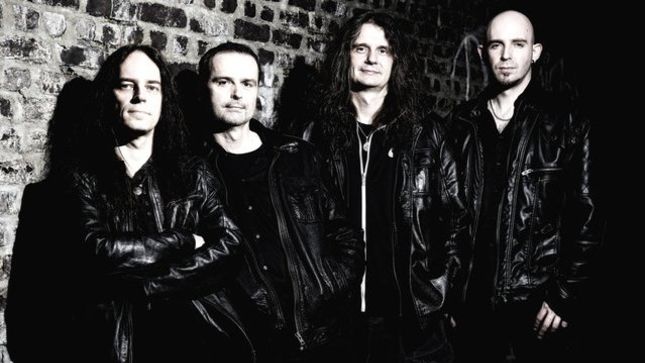 On September 14th, Germany-based progressive power metallers Blind Guardian will re-release their first four studio albums via Nuclear Blast. The back catalogue has been remixed and remastered, and will be available as 2CD-Digi and black vinyl formats, as well as individual coloured vinyl for each album. There will also be a vinyl box available, including all re-issues exclusively available via the Nuclear Blast Mailorder (see details below). The vinyl box can be also purchased separately as an empty slipcase without vinyls.

At the end of this year and also in early 2019, more re-issues are due to follow, so in total there will be 10 Blind Guardian re-releases. The previously mentioned re-issues due for September 14th, which can be pre-ordered now, are available in the following formats:

Tracklist:
"Majesty"
"Guardian Of The Blind"
"Trial By The Archon"
"Wizard’s Crown"
"Run For The Night"
"The Martyr"
"Battalions Of Fear"
"By The Gates Of Moria"
"Gandalf’s Rebirth"

Tracklist:
"Inquisition"
"Banish From Sanctuary"
"Damned For All Time"
"Follow The Blind"
"Hall Of The King"
"Fast To Madness"
"Beyond The Ice"
"Valhalla"
"Don’t Break The Circle"
"Barbara Ann"

Tracklist:
"Traveler In Time"
"Welcome To Dying"
"Weird Dreams"
"Lord Of The Rings"
"Goodbye My Friend"
"Lost In The Twilight Hall"
"Tommyknockers"
"Altair 4"
"The Last Candle"

Bonus (not on vinyl/only on CD):
"Spread Your Wings"
"Trial By Fire"
"Theatre Of Pain" (classic version)

All are available for pre-order now here.