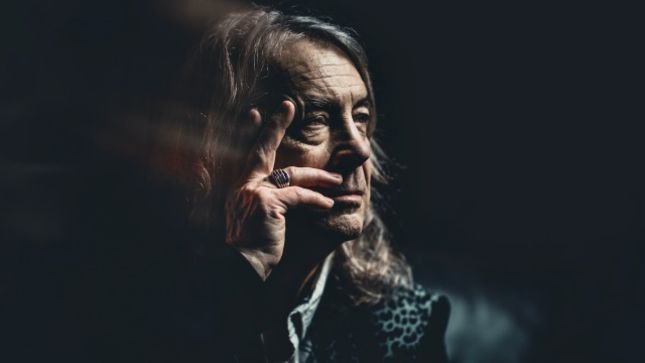 As Albert explains, “Most BÖC fans know at this point that Imaginos was supposed to be my solo album. Some people think it’s the best BOC album, others think it’s not a ‘true’ BÖC album. In either case, they’re right. I made this new album for them so that they can hear a more properly realized version of the tale."

Bouchard is featured in a new interview with The Metal Voice discussing the release. Check it out below.

Bouchard: "My motivation doing it the first time was I saw this as an opportunity to launch my solo career. Sandy Pearlman's suggestions about the making of the record was he wanted it more acoustically oriented, he wanted the arrangements to be more sparser and I fought him on that I said this has got to be a blockbuster, there is no single so we gotta make it as heavy as possible. And listening to it later was my disappointment not so much from the band or everyone else, they all did a good job. I think it was my fault for not recognizing that the best way to present the album was as a story, to really try to serve the story better than I did. Aty the time I was looking at it as a revenge on Blue Öyster Cult for kicking me out, and for the band not doing it in the first place as the band was too busy chasing a hit. " "I look at Re-Imaginos as a kind of correction. I corrected the track listing. I gave credit to all the original guys who played on the Imaginos record, it wasn't B.Ö.C. It was other artists that I assembled to do it. One of the things I decided in the beginning if Re-Imaginos was that it was going to be acoustically oriented and focused on acoustic instruments. I was not going to use any loops. I was going to play everything all the way through. For vocals everything was going to be as natural as possible. Sandy would say these songs should sound like nursery rhymes. I played all the drums on it but tried not to get too heavy on it. "

“Black Telescope” is the first single and video and tells the story of an undead creature that takes the form of a fish and now uses alchemy to rule the solar system. This being sees with the power of the mind and does not need eyes. It was more ordinary and needed the help of technology to rule the world in the past, at a time when it was in the shape of a human sailor and knew the dangers of the deep. When the sailor went to the telescope workshop he experienced a strange rebirth and became an all-powerful force.

View the video for "Black Telescope", as well as a Re Imaginos EPK, below.