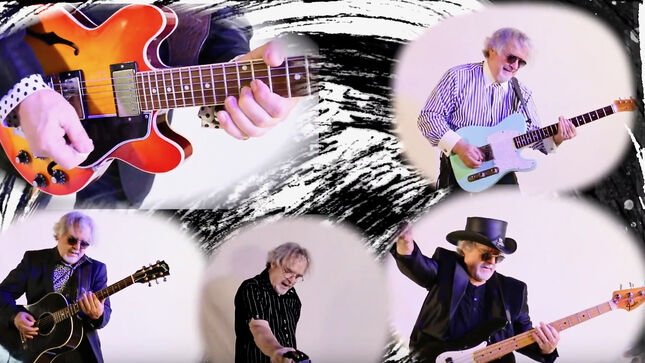 Joe Bouchard has released a video for his cover of The Kinks classic, "All Day And All Of The Night", featured on his Strange Legends album. Watch below:

Bouchard is best known as a founding member of Blue Öyster Cult. The original lineup sold millions of albums for Columbia Records, with such classic songs as “(Don’t Fear) The Reaper” and the #1 hit on the Billboard Mainstream Rock chart, “Burning For You”. Contributing to songwriting, and lead vocals on some of their greatest songs, such as “Hot Rails To Hell”.

Joe released his sixth solo album, Strange Legends, on July 31 though he and his brother’s (Albert Bouchard) new imprint RockHeart Records / Deko Entertainment (ADA/Warner Music Group). The album has been receiving a tremendous response around the globe and has sold out of its initial pressing.

When Deko Entertainment decided to do a repressing, they wanted to do something a little bit different to commemorate this accomplishment by issuing a slightly different version.

Joe comments, “I am overwhelmed by the response to my album Strange Legends. I knew it was good, but the fan reactions from all over the world have been tremendous. After years of sweat and effort doing my solo albums, this one has really risen above the pack. With this second pressing of Strange Legends we have varied the artwork on the tray holder. My artist, Logan Cummings, created 11 different thumbnails for each song on the album. The first edition had the frogman that was the art for 'Bottom For The Bottomless'. The second edition has the sailboat which is the art for 'Strangely In Love', one of my personal favorites. The team at Deko Entertainment have gone the extra mile with promotions, and it’s been an incredible ride. Hope to play these new songs in person as soon as touring returns.”

Bouchard’s manager, Jeff Keller, added, “We have been so pleased with the fan and critic response for this album. I feel that it is Joe’s best solo work to date, and the people are loving it."

This new pressing and additional bundles (while supplies last), can be ordered here.

Joe has also recorded a series of videos giving you a song by song look at Strange Legends, stop by and check out “The Stories Behind The Songs” on the Deko Entertainment YouTube channel, here.